In my office I have a very special memento. It’s a framed original 1943 World War II propaganda poster signed by the artist himself: Bernard Perlin. I had the pleasure of meeting Bernard in 1995, just after we had designed a major exhibit—Behind the Red, White & Blue: Posters, Propaganda and Pride—at the Northwest Museum of Arts & Culture (known then as Cheney Cowles Museum). 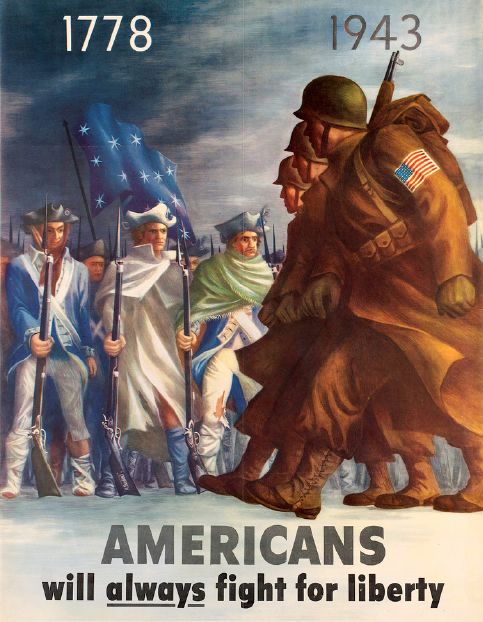 This particular poster is among the most famous ones created during WWII. It was reproduced to billboard size and hung from the ceiling of Union Station in Washington, DC. As travelers marched to their trains, they could gaze up and see Perlin’s soldiers marching to battle.

Today, we remember all of the those—past and present—who fought for our liberty.