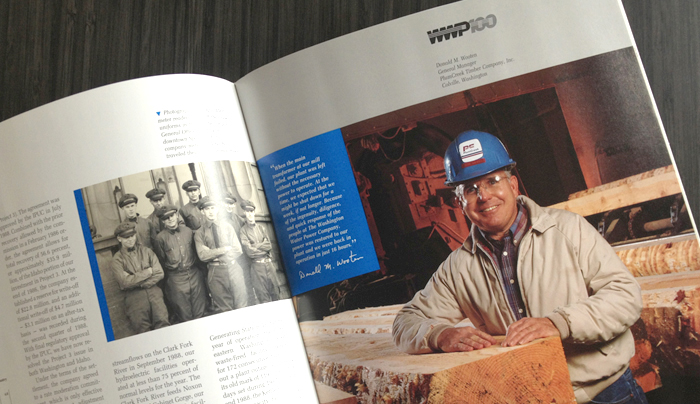 In the fall of 1988, we designed our very first annual report for Avista. It was noteworthy for at least three reasons. One, it was the first project we ever produced for what was then known as the Washington Water Power Company. Two, it was the first major print project for our newly formed firm, Anderson Mraz Design—which officially began doing business on January 1, 1988. And three, it was the year that, midway through the design process, WWP decided to call it the 100-year anniversary annual report, since it was mailed out in early 1989. Recalling this project makes me feel a little like—dare I say it?—an industry veteran.

Congratulations to Avista for 125 years of service. We’re pleased to have worked with them on countless projects for 25 of those years.