The Year in Music, Part 2

We began our survey of the year’s music a little over a week ago with our picks for best avant-garde and debut albums of 2014. Today, we’ll look at a couple of genres that probably mean different things to different people. But this is my list, so you’re stuck with my interpretations. 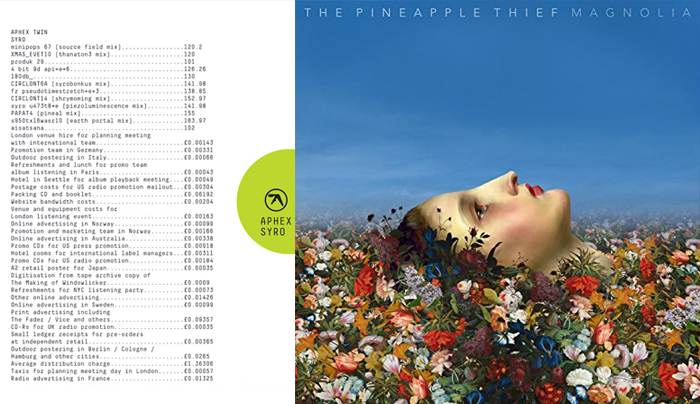 Best electronic album of 2014: Aphex Twin, Syro The first full-length studio release from Richard James in nearly 14 years, Syro is as much texture and color as it is sound. Mark Richardson pretty much nails it when he calls James’s sophisticated compositions “tactile music.” Syro continues to surprise me nearly three months after its release.

Best pop album of 2014: The Pineapple Thief, Magnolia This was a much tougher decision, mostly because of some stiff competition from Engineers, Tim Bowness, Se Delan, et al. Ultimately, though, Magnolia wins out for its lush, melody-driven writing and crisp production. It’s a perfect pop album. (Honorable mention: Elbow, The Take Off and Landing of Everything.)