The Year in Music, Part 4

If you’ve been following this blog for any length of time—and really, why wouldn’t you?—you know we’re in the midst of our annual review of the year’s best music. Rather than just throw together a list of my favorite albums of 2014, however, I’ve decided to pick one winner in each of 10 genres. (If you’re behind, stop what you’re doing right now and catch up with part 1, part 2, and part 3. I’ll wait.) 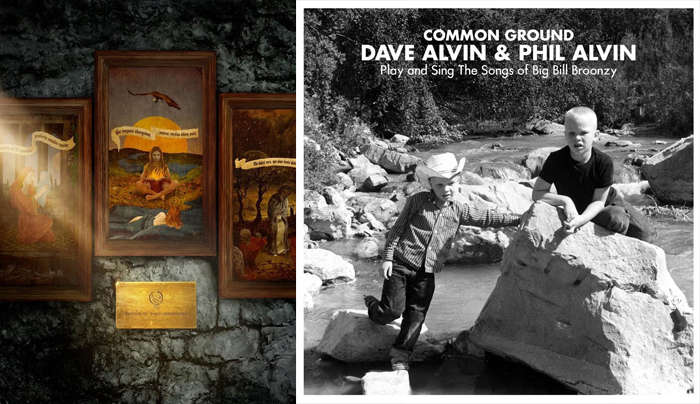 Best rock album of 2014: Opeth, Pale Communion Singer/songwriter/guitarist Mikael Åkerfeldt took Opeth from Swedish progressive death metal to, well…something entirely different on the band’s 2011 release Heritage. Long-time fans weren’t entirely pleased. But when he released Storm Corrosion—a one-off collaboration with Steven Wilson—a year later, it was clear he wasn’t looking back. Pale Communion is in the same vein, and it further solidifies Åkerfeldt’s position as one of the most creative forces in rock today. (Honorable mention: Mastodon, Once More ’Round the Sun.)

Best blues album of 2014: Dave Alvin & Phil Alvin, Common Ground I mentioned this record back in July, and, to be honest, it felt more like a novelty at the time. I mean, it had been 30 years since the brothers Alvin had recorded anything together, and that’s all that mattered, right? Repeated listenings, however, have revealed how wrong I was: This isn’t about Dave and Phil burying the hatchet, it’s about the singular music of Big Bill Broonzy—a style that incorporates folk and country, work songs and spirituals, and both urban and country blues. And man, is it good.