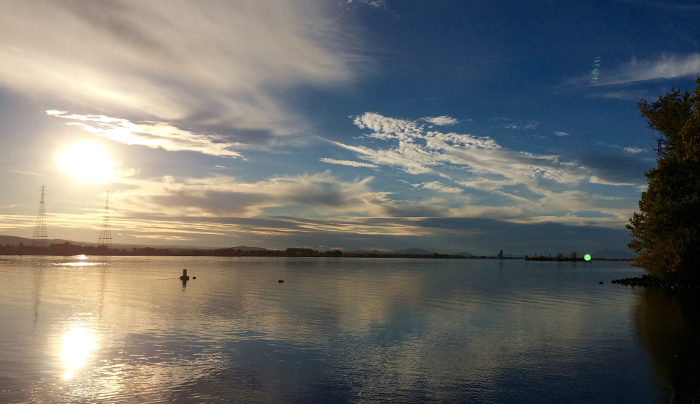 Something is left out, something left behind. As, for instance,

in this photo of myself at four, the eyes
focus elsewhere, the hand interrupted mid-air by some enormous,
sudden,
fascination.

Something never before seen has happened left of frame,
and everything already known
is more opaque for it.
Beyond the frame is why

the hydrangea midsummer will go no further, though it continues,
why this century, late and turning,
turns away; beyond
is where the story goes after all the knots are tied, and where

the insects meet in order to become
the grand machine they are the perfect parts of; beyond
is what the wind
leans towards, easy as can be, the sheep

we have already counted,
the world too large to fit.
Within, it would have been a mere event,
not destructive as it is now, destructive as the past remains,

becomes, by knowing more than we do.