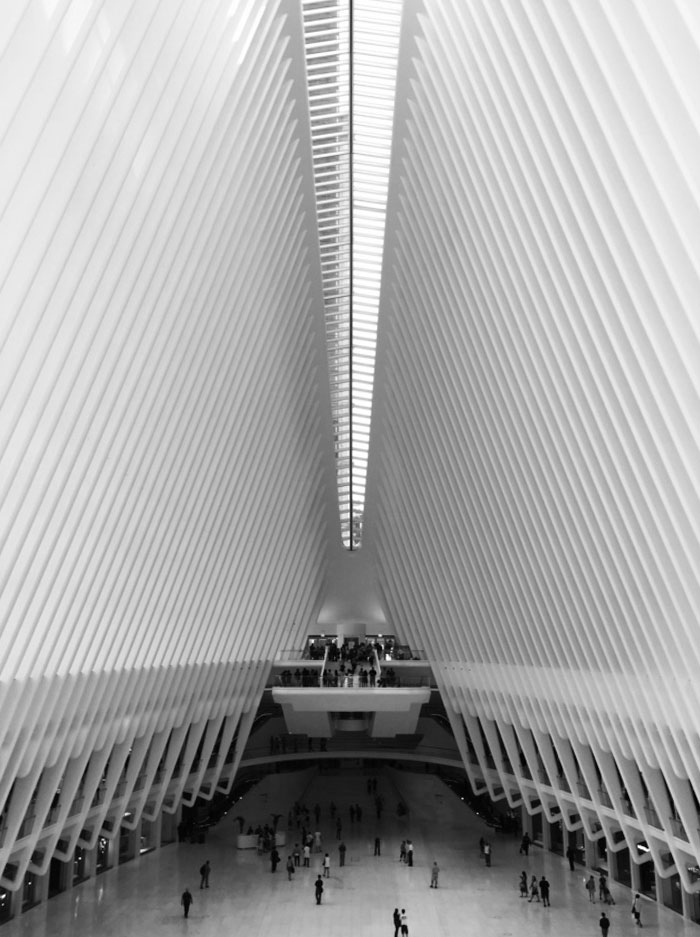 While on our way to visit the 9/11 Museum in New York City, we passed through a new, spectacular building – the World Trade Center Transportation Hub. It may be just a train station, but it’s like nothing I’ve ever seen. The nearly $4 billion project is owned by the Port Authority of New York and New Jersey and replaced the original rail system destroyed on September 11. Designed by world-renown Spanish architect, Santiago Calatrava, the building’s exterior is intended to evoke a bird taking flight. The white-marble main hall (shown) features a ribbed ceiling rising 160 feet above the floor. Two grand staircases anchor either end. Retail shops (including an enormous Apple Store) can be found on two levels along with passages for commuters to access 11 subway lines. Like any large-scale project in Manhattan – especially one located at ground zero – Calatrava’s work is not without controversy. But whatever the critics have said, it’s a remarkable achievement and a glorious space.

Growth and renewal subject to human ingenuity can be amazing. New York is high on my list of stop overs. Like the quick reads Mr. A.