Representing everything from wartime paranoia to outright racism, Manzanar paints a rather sordid picture of American history in the 20th century. And yet today—some 75 years after 10,000 Japanese Americans and resident Japanese aliens were incarcerated there—it’s, well…beautiful. Desolate, depressing, and infuriating, sure, but, despite everything, there’s something about it that also quiets the soul. 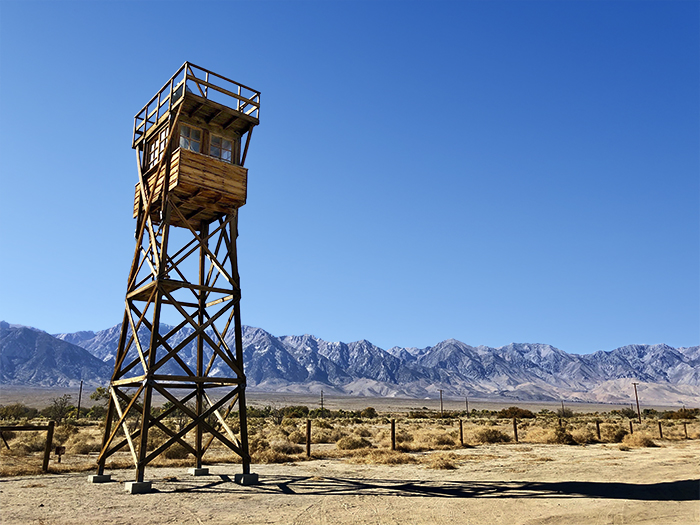 A reproduction of one of the eight guard towers that loomed over the one-square-mile residential area of Manzanar War Relocation Center.

Pinnacles, on the other hand—the newest of our national parks, achieving that status in 2012—holds an entirely different spell over me. I grew up in the area, spending many a Saturday afternoon exploring its talus caves, wandering dry creek beds in search of fossils, and trying (somewhat successfully) to avoid scorpions. It’s been 40 years since I last wandered its trails, and nothing’s changed—other than the 30-odd California condors, who were introduced to the park in 2003. 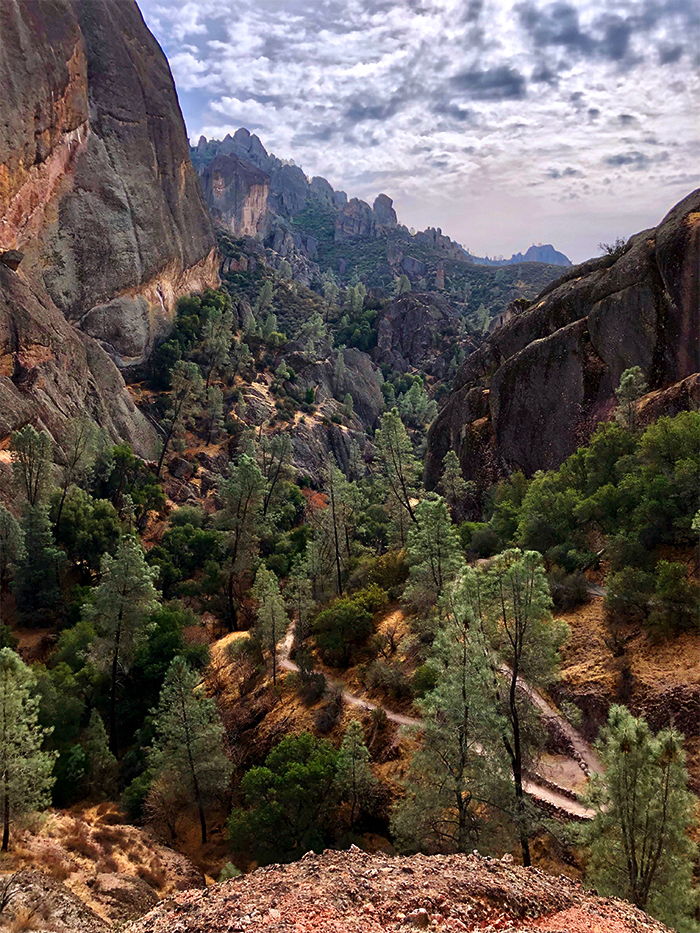 Looking southwest from the Balconies Cliffs Trail—and back four decades in time.

Yosemite was breathtaking, Death Valley mesmerizing, Joshua Tree stupefying. But Pinnacles was easily the most meaningful stop on this year’s road trip for me. Chalk it up to nostalgia, I guess.