It’s Not My Fault!

One of the few Gen-X characteristic that actually applies to me is slacker.* I’m about as lazy and unambitious as it gets. So it was with some interest that I read the following tweet this morning: 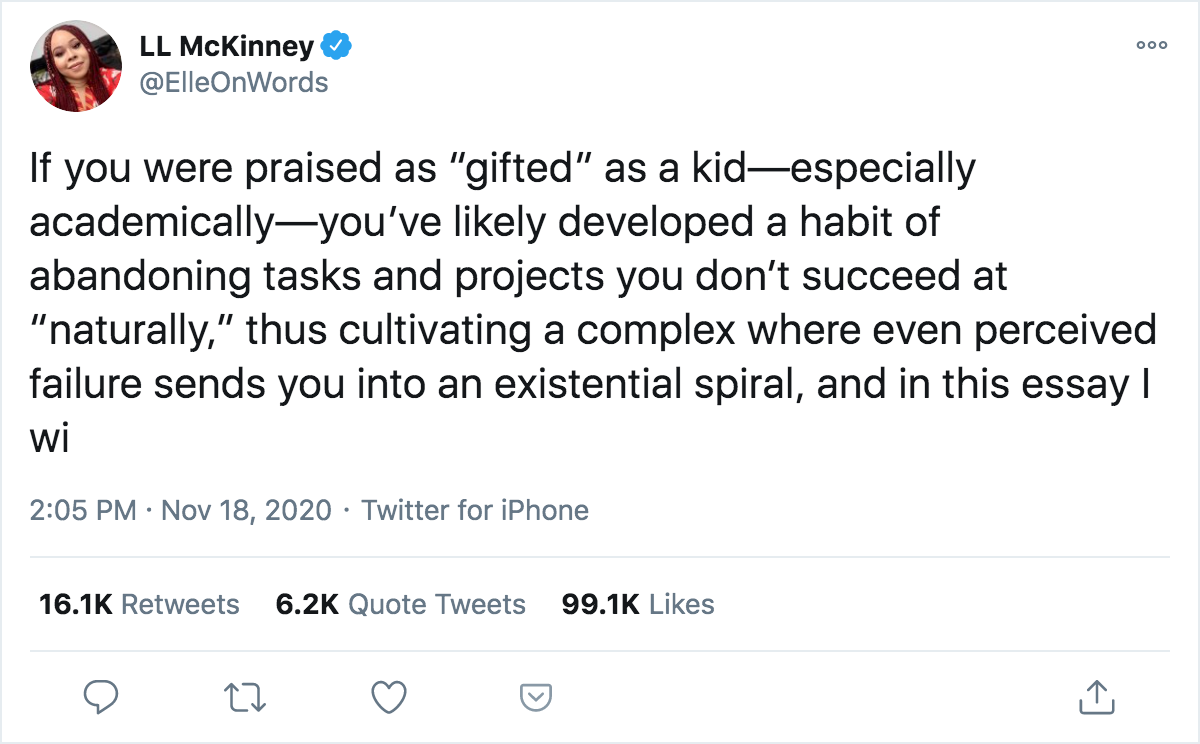 I don’t know if it’s true, but it’s funny. And if it is true, it sure does explain a lot. I mean, I got the whole treatment, starting with the “gifted” program in an already experimental elementary school, which inevitably led to disappointment when my grades didn’t reflect my special status. Same thing in high school, when the two highest scorers on the Knowledge Bowl team (one of whom was me, though I was way behind the other guy) had the lowest GPAs.

I had always assumed it was my laziness that did me in. But it turns out it was all the well-meaning adults who praised my intellect, sending me into an “existential spiral” and ultimately dooming me to a life of mediocrity. I feel better already.