It’s the End of the World as We Know It

I took part in a presentation today, and…I wore a tie. Not exactly blog-worthy news for most folks, granted, but anyone who knows me understands that they’re far more likely to catch a glimpse of Bigfoot than they are to see me in a tie. Or a button-down shirt, for that matter.

So there were a dozen people in the room, nearly two-thirds of whom were men, and I was the only one wearing a tie.

Stop What You’re Doing and Watch This Movie. Right Now.

Finally got around to seeing the 2006 German film The Lives of Others. It’s a beautiful movie—engaging in a way that, for me anyway, has been replicated precisely two other times over the last ten years or so: Into the Wild and The Wrestler.

If I ever win the Pulitzer, Mr. Miller, you can be sure I’ll invite you to the ceremony. 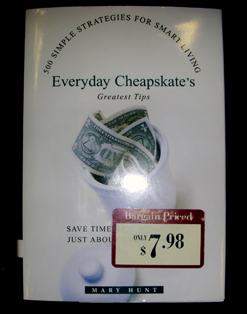 Following up on a previous post, there’s another great resource out there for writers of all stripes—even if the very mention of the word “grammar” makes your eye twitch.

Paul Brians, Emeritus Professor of English at WSU, is the author of Common Errors in English Usage, a book I turn to more often than I care to admit. He also generously maintains a companion website (which actually preceded the book).

Brians’s advice is always sensible—and sometimes quite funny. Here’s one of my favorites, taken from his website:

Feminists eager to remove references to sexuality from discussions of females and males not involving mating or reproduction revived an older meaning of “gender,” which had come to refer in modern times chiefly to language, as a synonym for “sex” in phrases such as “Our goal is to achieve gender equality.” Americans, always nervous about sex, eagerly embraced this usage, which is now standard. In some scholarly fields, “sex” is now used to label biologically determined aspects of maleness and femaleness (reproduction, etc.) while “gender” refers to their socially determined aspects (behavior, attitudes, etc.); but in ordinary speech this distinction is not always maintained. It is disingenuous to pretend that people who use “gender” in the new senses are making an error, just as it is disingenuous to maintain that “Ms.” means “manuscript” (that’s “MS”). Nevertheless, I must admit I was startled to discover that the tag on my new trousers describes not only their size and color, but their “gender.”

You can purchase the good professor’s book at Auntie’s.

The best description we’ve ever come across about the bane that is spec work, from Jeffrey Zeldman:

“Spec = asking the world to have sex with you and promising a dinner date to one lucky winner.”

When You Really Have to Watch Your Bottom Line…

Color me dubious, but it appears that a simple font change could save your organization big bucks.

But then, if this study helps to put the final nail in the coffin of Comic Sans, I’m all for it.

What’s in Your Library?

As a celebrated writer of no small renown, I’m often asked by those who would imitate my astonishing career trajectory what writing references I keep within easy reach of my Mac (apart, I presume, from the vast resources that reside in my head).

For a quick roundup of writing basics, it’s hard to beat Strunk and White’s The Elements of Style. Sure, it has its detractors (or, what we in the business call “stupid whining pedants”), but commandments like “be clear” and “omit needless words” are sorely needed these days.

If you’re looking for Elements, try to find a used copy of the second (1972) or third (1979) editions, both of which can be had for around $3. It’s the best investment a writer can make.

Last night, my mom and I were discussing the relative merits of Louis L’Amour; somewhat fortuitously, today I came across a letter from Edgar Rice Burroughs to a 14-year-old kid whose teacher had some rather unkind things to say about Mr. Burroughs’s oeuvre. Here’s the money paragraph:

My stories will do you no harm. If they have helped to inculcate in you a love of books, they have done you much good. No fiction is worth reading except for entertainment. If it entertains and is clean, it is good literature, or its kind. If it forms the habit of reading, in people who might not read otherwise, it is the best literature.

Hard to disagree with that. 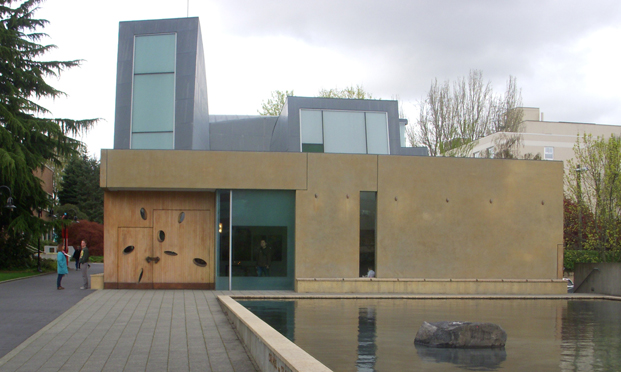 A recent trip to Seattle offered up yet another encouraging ray of hope: that good architectural design can truly inspire. While the Seattle Public Library (a must-see, by the way) does indeed fit into this category, I’m referring to the Chapel of St. Ignatius. Located on the campus of Seattle University, this 1997 effort by Steven Holl Architects out of NYC is worth the side trip.

And speaking of chapels, if you’re ever in Portland, take time to visit the Marilyn Moyer Meditation Chapel (sometimes referred to as the Grotto Meditation Chapel). Designed by TVA Architects and completed in 1992, it’s equally impressive.

The Island of Flesh-Melting Snakes

Because it’s Friday—and because I can—I bring you: Ilha de Queimada Grande!

An Online Repository of Virtues

In Character has been one of my favorite magazines of the past couple of years. An odd publication, it was published three times a year, each issue focusing on a particular “everyday virtue,” like modesty, compassion, and wisdom.

While the print version ended with the recent “humility” issue, all back issues—along with new content—can be read online. Free. To get a taste for what you can find there, check out this short essay that’s sure to raise the blood pressure of at least one of my college professors.

Bonfire of the Inanities, part II

Speaking of writing habits that chafe me, I’d like to say a word or two about the comma. As many of you know, one of its many glorious uses is to separate items in a series: “lions, tigers, and bears.” The second comma in this example is what’s called a “serial comma,” and the only thing you need to know about it is that anyone who tells you it’s unnecessary (like, say, The Associated Press Stylebook) is both a scoundrel and a villain. To wit:

Strunk & White: “In a series of three or more terms with a single conjunction, use a comma after each term except the last.”

Fowler: “The only rule that will obviate uncertainties is that after every item…the comma should be used.”

And finally, Paul Brians: “Follow the style recommended by your teacher, editor, or boss when you have to please them; but if you are on your own, I suggest you use the final comma.”

Why, you might ask, does the AP eschew the serial comma? To save space. Get rid of a couple thousand commas throughout a newspaper, and that frees up ad space—at the expense, however, of clarity.

I’m a huge fan of Milton Glaser, one of America’s most influential designers. Now 81 years of age, Glaser continues to produce beautiful and relevant work. In 1975 he was asked to create a pro-bono logo for the New York Commerce Commission’s public relations campaign. It was intended to soften New York City’s crime-ridden and dirty reputation. He was given the slogan “I Love New York.” He quickly came up with a solution that was immediately approved by Bill Doyle, the assistant commissioner of commerce.

While doodling in a cab a week later he had a better idea, so he pleaded with Mr. Doyle to come by his studio and take a look at it. As Glaser recalls, Doyle first reaction was “Oh please! Forget it. Do you know how complicated it would be to approve it again?” Apparently Doyle agreed to take a peek at Glazer’s new logo and quietly took the sketch with him. Eventually the commission approved the new logo and the “I ♥ NY” symbol became an instant tourist favorite.

On February 25, 2010, Glaser was awarded the National Medal of Arts, the first graphic designer to be recognized as such. In President Obama’s introduction, Glaser was honored for “a lifetime devoted to improving the way people communicate through innovation in graphic design, and for memorable visual artifacts that challenge contemporary artists and delight all Americans.” And that’s exactly what Milton Glaser did 35 years ago.

The grandson of Richard Wagner died Sunday at the age of 90. Alex Ross points to something almost beyond belief: that the grandson of a man born in 1813 should survive well into the 21st century.

So what’s that got to do with design? Nothing, really—unless you subscribe to the notion, as many do, that Grandpa’s Der Ring des Nibelungen is the greatest work of art ever created. High praise, to be sure. Not to mention controversial. But I’m inclined to agree.