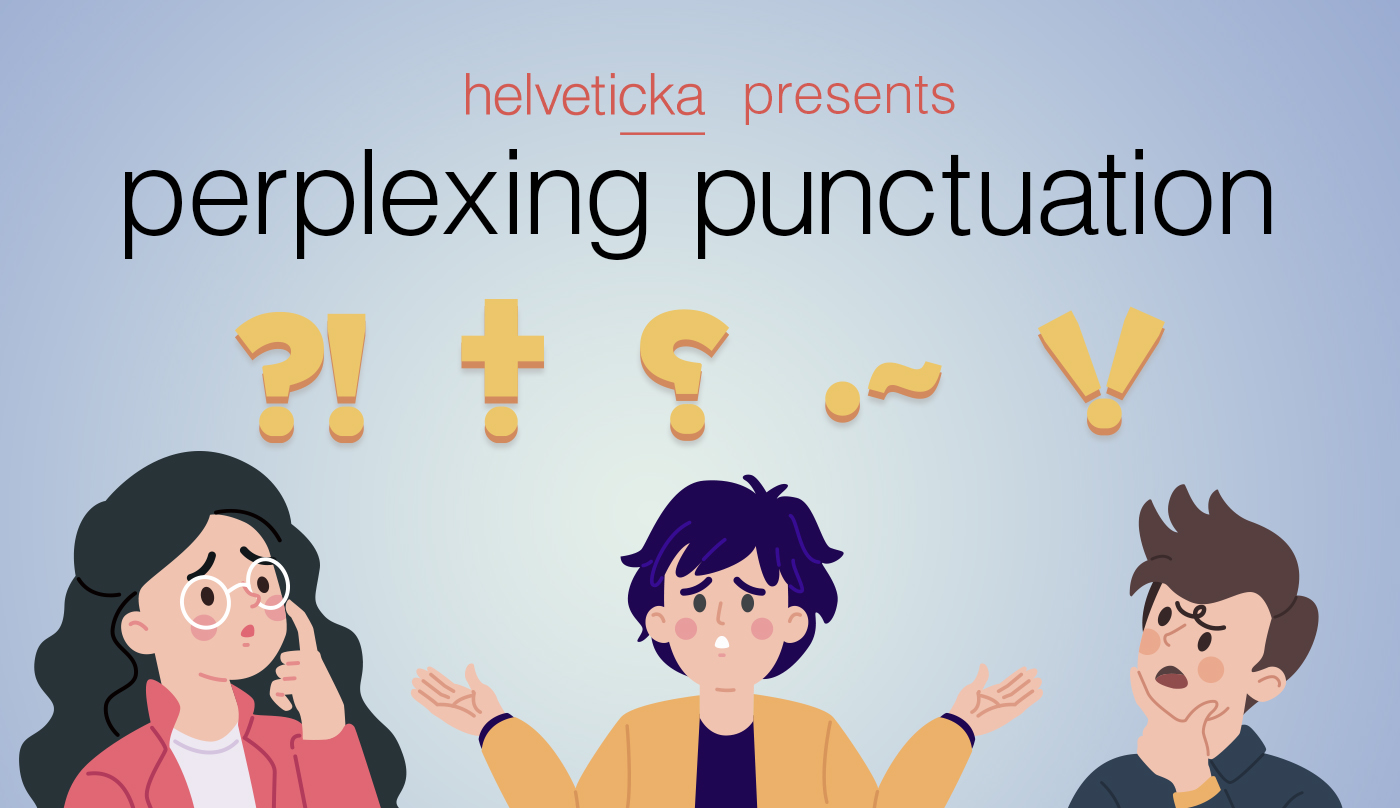 Get ready to have your mind blown. I’m about to share five obscure punctuation marks that you’ve always needed in your life but never knew existed.

I’ve used this one for years, but I didn’t realize it had a name until recently. The interrobang is a question mark followed by an exclamation point. Or vice versa. It’s used to express disbelief or ask a rhetorical question. The name is a combination of “interrogate” (to question) and “bang” (printers’ lingo for an exclamation point).

Back in the 1960s, typographers experimented with designing a single glyph for the interrobang by superimposing an exclamation point over a question mark. The result is hard to decipher, so I’d stick with the two-mark version. People experimented with lots of things in the sixties. Doesn’t mean it was all genius.

The certitude point (AKA conviction point) is an exclamation mark with a hyphen through it. When you use it at the end of a sentence, you’re essentially saying, “End of discussion, capeesh?” If punctuation had a mike drop, this would be it. Use sparingly.

Every bit as pompous as it sounds, the percontation point – or reversed question mark – has been mocking people since the 1500’s. Consider it the refined way to punctuate a rhetorical question.

Sadly, in our crude modern world, the percontation point has been replaced by the eye roll emoji. Isn’t it time to return to a more civilized era and use a respectable mark to insult strangers on the internet?

snark mark
The snark mark is simple – it’s a period followed by a tilde. And since the name is self-explanatory, it doesn’t need further explanation, does it? Does it?!

I feel like it doesn’t. Just use it already.

acclimation point
After so much aggressive (and passive-aggressive) punctuation, it’s only right to end with a friendlier mark. The acclimation point appears as two exclamation marks that share the same period – like little punctuation BFFs. It’s a nicer, more approachable way to express excitement. (Because exclamation points aren’t amiable enough already?)

Think of the acclimation point as the exclamation point’s more sensitive cousin. Which might make it the perfect mark for younger generations.

If only they used punctuation.∼