“Younger women have closed the pay gap or are outpacing their male counterparts [emphasis mine] in nearly two dozen U.S. metropolitan areas, according to research published Monday, as gains in higher education and more transparency about what people earn help defy entrenched disparities.”

That’s from the Washington Post, so, you know, grain of salt and all that. But still.

Is it too late to change the title of this post? Because I for one welcome our new female overlords.

“When we inadvertently open a door and see someone pooping,” writes Adam Mastroianni, “we could curse ourselves, the someone, the door, and the universe. Or we could ask: why? Why doesn’t good design replicate and dominate?”

It’s a good question. And the answer, he argues, is that design requires two kinds of engineering: technological and psychological. And it turns out that the second one is a whole lot harder than the first.

It certainly explains the surfeit of bad design.

I suppose it’s cheating, but I always skip ahead on stuff like this—because the number-one pick will tell me how seriously to take the entire list. I won’t spoil it for you, but suffice to say I didn’t read any more.

Yeah yeah, this is cool and all, but why on Earth did they go with “narluga”? That sounds nasty. Why not “belwhal”?

Maybe we’re not doomed after all.

And then there’s this: 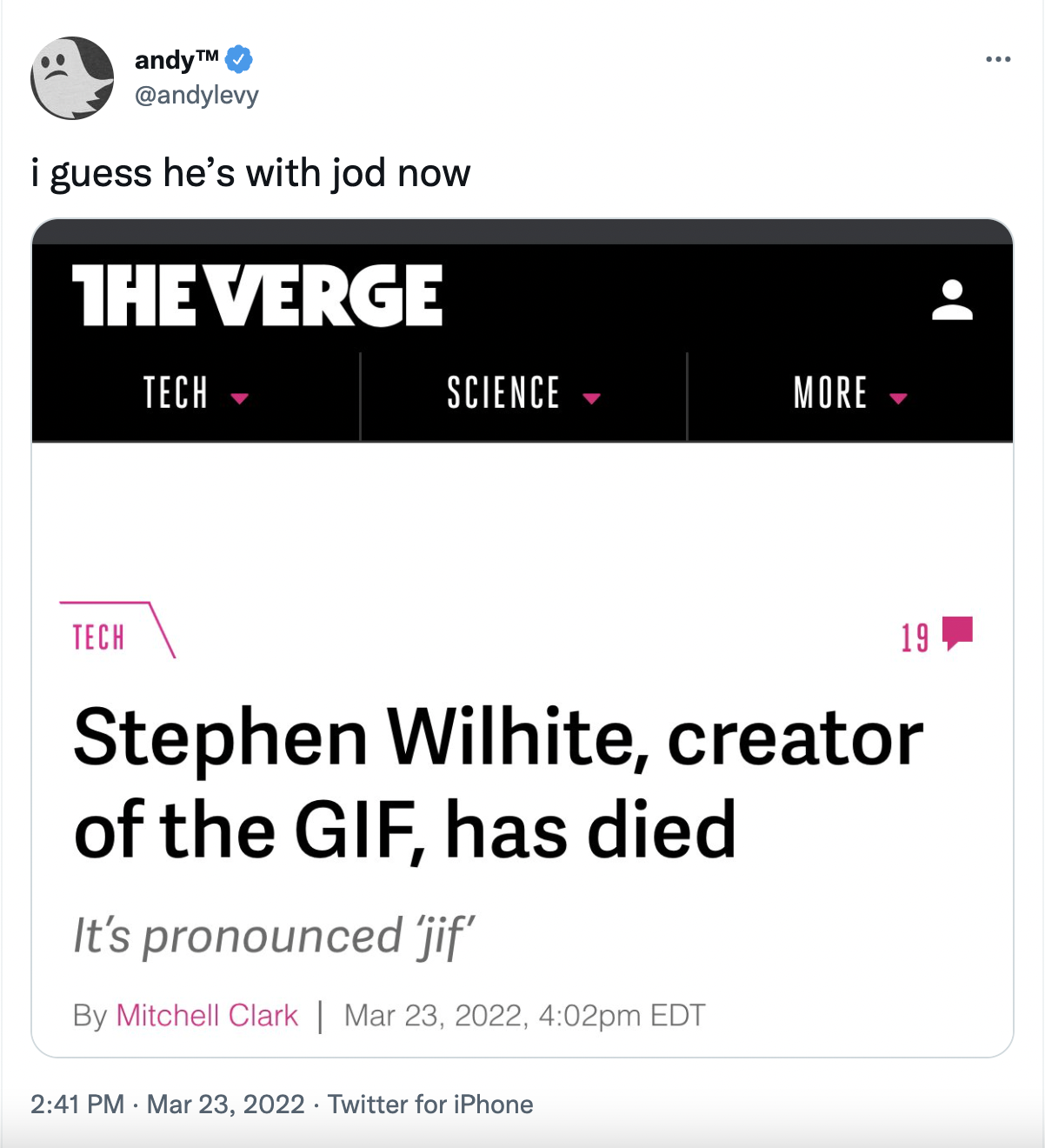 This is like that Seinfeld episode where Elaine’s coworker mistakenly refers to her as “Susie,” and Elaine decides it’s easier to live a double life than try to correct her.

Should we just stick with “Machu”? Smallpox and Spaniards pretty much wiped out anyone who might object. On second thought, though, maybe that’s reason enough to change the name.

Side note: Bingham’s Lost City of the Incas, the 1948 book about his discovery of Huayna Picchu, is a great read.

In addition to self-reflection, common decency, and basic infrastructure maintenance, we Americans are apparently really bad at demographic math.

For example, poll respondents guessed that 21 percent of the U.S. population is transgender while the actual proportion is 1 percent; military veterans were estimated at 40 percent while it’s really only 6.

Why the discrepancy? A recent study claims that it’s entirely rational, but I have my doubts. After all, coherence isn’t exactly one of our strong suits, either. 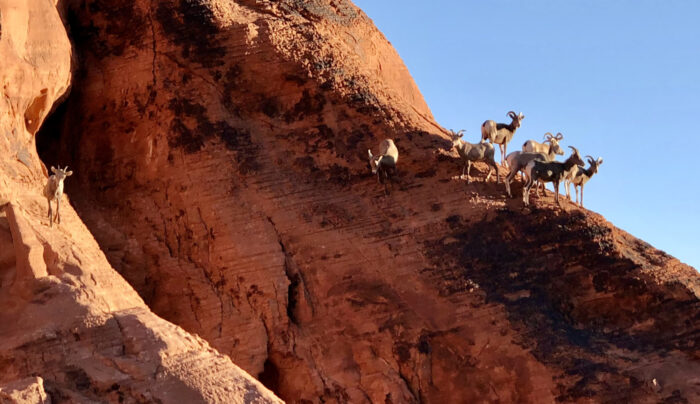 Karl Ove Knausgaard: “The expectation of an answer runs so deep that it is presumably fundamentally human, the most characteristic trait of our nature.”

I’ve been banging this drum for some time now—and it appears that the eggheads are finally on my side. From a paper co-authored by Jan Fields, senior lecturer in economics at the School of Economics and Finance, Victoria University of Wellington, New Zealand:

We have shown that writing matters. Making the writing easier to understand causes economists to evaluate academic papers more positively. This finding has obvious implications. To improve your chances of publishing well, you can work on your writing by, for example, spending time polishing your paper and paying for language editing. These efforts are likely to be particularly valuable if you find writing challenging.

Bonus! Appendix B, “Language Editing Guidelines for Experiment,” which begins on page 38 of the paper, contains some pretty helpful information on how to write more clearly—or, in the words of the authors, “so that an expert who has 10 minutes to evaluate the paper will understand it more easily.”

Kind of cool that Archduke Eduard of Austria—Hungarian ambassador to the Holy See and the Sovereign Order of Malta—took to Twitter today, the Ides of March, to show us the very spot where Julius Caesar was assassinated 1,978 years ago.

On the #IdesofMarch, let me show you the spot where Caesar was killed. The remains of the Curia of Pompey (where the Senate met that day 44 BC) are under modern Largo Argentina. More or less at the foot of the tall pine tree.
(PS spot the cat) pic.twitter.com/x3II3sUda2

According to National Geographic, “a group of as many as 60 conspirators…stabbed Caesar a reported 23 times, killing the Roman leader.” But it turns out that’s not the only reason the soothsayer warned Caesar to “Beware the Ides of March.”

I felt pretty good about the state of the world after reading this piece over at Axios this morning.

No, really—I mean, if 98.5 percent of the U.S. population isn’t watching Fox News or MSNBC on an average weeknight, then maybe there’s hope! Maybe we’ll survive after all! Maybe…

Today is the 35th anniversary of the release of U2’s The Joshua Tree.

I was in college studying music at the time—meaning I was an insufferable twat—but I must’ve played this CD every day for weeks. (Along with everyone else, it seemed.) Which makes me wonder: When was the last time there was such unanimity around a pop music event?

I don’t mean being subjected to whatever tops the Billboard charts at any given moment (1987 also saw a lot of dreck, like Buster Poindexter and Richard Marx); I mean the appearance of a genuine work of art that not only unites disparate tastes, but also achieves both critical and commercial success. Maybe…Nirvana? Radiohead? I honestly don’t know.

What I do know is that it saddens me a little at how fractured our culture has become. Part of the reason it’s worth acknowledging The Joshua Tree, or The Wall, or Sgt. Pepper, is that these are shared experiences. “The soundtrack of our lives,” and all that. But with the demise of radio and everyone “curating” their own playlists, I’m afraid those days are long gone.

So it’s International Women’s Day today. If you’re curious as to what it’s all about, I recommend not visiting the official website, where instead of being inspired by real women doing real things, you’ll learn that “gender parity is forged through synergy” and be encouraged to #BreakTheBias. (There’s even a #BreakTheBias pose, which looks suspiciously like something Deadpool, Wolverine, Black Panther, and Wonder Woman have all done at one time or another.)

Think I’ll just celebrate by watching one of my favorite women—Lisa Bella Donna—live in the studio. Then maybe read some Jorie Graham this evening, preferably while drinking a Hanky Panky.

One thing you can be certain I won’t be doing is striking any sort of pose. Unless “Vogue” comes on the radio.

Word of the Day

Sloan didn’t know why he admitted it. Usually he told women he was a graphic designer—the sort of job that practically guarantees a second date. But then he saw the cupidity in Frederica’s eyes.

“A writer?” She said breathlessly, moving in closer. “Tell me more.”

N.B. No, this has nothing to do with yesterday’s post. I just happened to come across the (apparently misspelled) adjectival form of cupidity this morning in a delightful account of the “not-so-unlikely friendship” between Vladimir Nabokov and William F. Buckley, Jr.

With apologies to the missus, who professed to be “oogling” something this morning,* the correct word is ogle, pronounced oh-guhl.

I bring this up because ogle is already a bit…problematic, shall we say? According to my copy of the OED, it means to eye “amorously, admiringly, or lecherously.” There’s a lot of daylight between those words, so I’m not entirely sure how one can safely use ogle in a sentence without at least the tiniest possibility of creating misunderstanding.

Merriam-Webster even goes so far as to suggest that ogle could mean “greedy or interested attention,” e.g. “Courtney ogled the breakfast burrito.” But I for one would choose another verb.

“Academic politics is the most vicious and bitter form of politics,” said Wallace Sayre, “because the stakes are so low.” If he were still around today—Sayre died in 1972—he’d probably see in the latest Grammys kerfuffle even more evidence for what came to be known as Sayre’s law.

Don’t get me wrong: Jon Batiste’s “Movement 11′” is absolutely not a classical composition. Check it out for yourself:

But how could anyone say—with a straight face, anyway—that “this jeopardises the credibility of the Grammy awards”? They’ve a been a joke for years. Led Zeppelin, who produced arguably the greatest four-album run in rock history, was nominated only once (for Best New Artist, which they lost to Crosby, Stills & Nash). Meanwhile Skrillex—Skrillex!—has won eight freaking Grammys. I mean, everyone knows how bad they are at this, right?

So, yeah. Awarding Best Classical Composition to Batiste would be dumb. But it wouldn’t be the dumbest thing the Recording Academy has done. Not by a long shot.

Color me shocked: Everything we in the West think we know about China’s famed Shaolin Temple dates all the way back to…the 1970s. And we have the TV show Kung Fu to thank for that.

What’s more, the former school for Secular Disciples “licenses its name to anything and everything, even including instant noodles, coffee, take-out foods, tea, car tires, beer, and cigarettes, pulling in untold volumes of cash.”

Can I admit to being a little disappointed? I generally dig Brian Dunning’s work over at Skeptoid—particularly when he’s calling B.S. on questionable legislation or Gwyneth Paltrow’s “nonsense products”—but I sometimes feel like the cold, hard light of truth, when he’s shining it on cool stuff like aliens and pyramids and the Great Kentucky Meat Shower, makes the world a little less interesting and mysterious.

As a college friend of mine used to say, “If ignorance is bliss, then stupidity must be ecstasy.”